Why Daughters and Dads?

It is well established that physical activity is associated with many physical and psychological health benefits. Participating in regular physical activity during childhood is also vital for optimal growth and development and kids who are active show greater resilience and increased social-emotional wellbeing. However, more than 80% of adolescent girls do not meet government physical activity recommendations and there is a striking difference in activity levels between boys and girls at all ages.

Girls receive less opportunity and encouragement to be active

During their childhood, girls are often marginalised in physical activity contexts at home, school and in the community. As such, girls have less opportunity, encouragement and support to be active, compared with boys. This has created a striking difference in activity levels and sport skill proficiency, with females being less active and less skilled than males at all stages.  By the time they enter high school, less than 10% of girls can adequately perform basic sport skills such as kicking, catching and throwing, which are the building blocks for confident and competent participation in physical activities through life.

Compared to boys, studies indicate that girls enter sport 2 years later on average and drop out of sport 6 times faster. Current strategies to engage girls in physical activity and sports programs have had minimal impact and innovative approaches that address the underlying socio-cultural barriers that girls face are needed. Targeting fathers to take an active role in increasing their daughters’ physical activity levels may be one such innovation.

Overwhelming evidence shows that fathers have a unique and powerful influence on their children’s physical, social, emotional and mental health. Fathers who are actively engaged with their daughters impact on a host of important physical and mental health outcomes including higher levels of cognitive ability, self-esteem, social skills, resilience, physical activity and educational outcomes. The masculine interaction style of fathers (more physical, unpredictable) naturally complements physical activity and provides a unique platform to engage fathers and daughters and maximise the inherent social-emotional benefits of this relationship. Fathers also have a critical role in helping their daughters form a healthy view of their body image, which is important given that self-esteem and body image are major concerns facing girls, particularly in the teenage years. For example, studies have shown that more than half of primary school girls desire to be thinner and report being unhappy with the way they look.

Despite the many benefits that result from a strong father-daughter bond, research suggests that up to 70% of fathers see themselves as an ‘extra set of hands’ when raising their daughters. In addition, fathers are often less involved with their daughters than mothers, tend to spend less time with daughters than sons, and discount their role in fostering their daughters’ physical activity behaviours and social-emotional wellbeing. 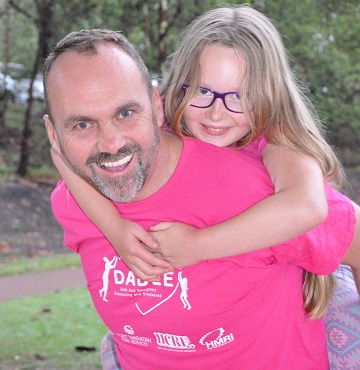 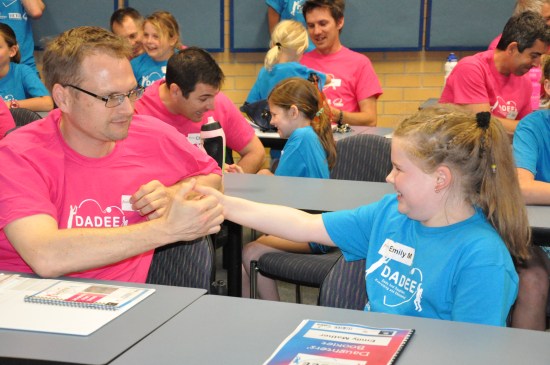 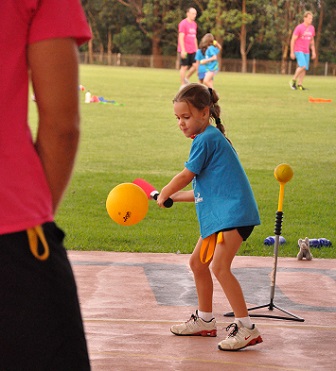 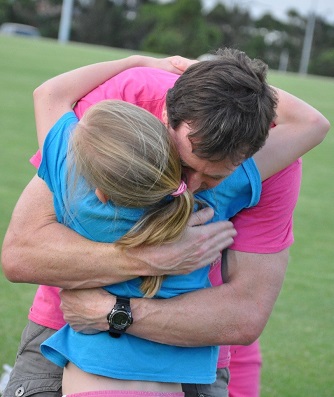