With generous support from Port Waratah Coal Services, Hunter Children’s Research Foundation and Hunter Medical Research Institute, the Daughters and Dads Active and Empowered program was developed in 2013. At that time the program was named the DADEE (Dads And Daughters Exercising and Empowered) program.

The Daughters and Dads project was the first study internationally to target the father-daughter relationship to improve girls’ self-esteem and physical activity.  Learn more about our research here.

Phase 1 of the Daughters and Dads research saw the development and testing of the program with 115 fathers and 153 daughters at the University of Newcastle, using a rigorous randomised controlled trial (RCT) design.

Impressive results were achieved across a range of domains for families including:

Importantly, these improvements were all maintained 6 months after the program finished.

Dads and daughters also reported a very high level of satisfaction, rating the program at 4.9/5 (where 1 = poor and 5 = excellent).

In Phase 2 of the research, Daughters and Dads Active and Empowered was evaluated with 157 Dads and 193 Daughters when delivered by trained facilitators in local Newcastle communities, using a RCT design.

Fathers and daughters achieved similar improvements to those in the pilot program, even though the program was delivered by trained local facilitators rather than the highly qualified research team. Program results have recently been submitted for publication in academic journals.

Phase 3 of Daughters and Dads Active and Empowered saw the program delivered annually by trained facilitators in the Newcastle region, to over 200 dads and 250 daughters.

During this time, the University of Newcastle research team continued to investigate the impact for dads and daughters on a range of physical; social-emotional wellbeing and parenting measures.

This team also developed a University of Newcastle elective subject which educates pre-service teachers in the ethos of the Daughters and Dads program, enables students to become an accredited program facilitator and become actively involved in delivery of the program in the community.

This new subject engages pre-service teachers in a unique work-integrated learning opportunity and teaches them evidence-based strategies to engage children in physical activity along with important knowledge about societal gender biases.

Researchers have investigated the impact of this course on pre-service teachers skills and knowledge and understanding of gender equality in the physical activity setting.  Preliminary findings have identified wide reaching education and community benefits as students improve their teaching practices, influence school policy and impact the students, schools and communities in which they teach.

In mid 2020, Port Waratah Coal Services kindly announced an additional two years of funding to support delivery and evaluation of the Daughters and Dads Active and Empowered program in the Newcastle region.  An additional 320 daughters and dads will have the opportunity to participate in the program during this time.

The NSW Government have invested $2.4 Million over four years to deliver the Daughters and Dads Active and Empowered program across NSW in a collaboration with the Office of Sport and the Sport sector. The University of Newcastle research team will evaluate the implementation and impact of the scale up during this period.

Testimonials from dads participating in the 2016-2017 Community Trial:

"Put simply, for me it was life changing. Emphasising the importance of Fundamental Movement Skills and activity levels in girls, and the vital role a dad plays in that. We will forever be grateful for the many lessons learnt and will be more active as a family and I will be a better parent as a result."

"This program was the parenting hand book I never received! I found all aspects about exercise and empowerment relevant and motivating. Now I have a stronger relationship with my daughter."

"The program gave me a lot of food for thought and challenged my thoughts on the importance of female sport skills. The program has shifted my focus on pre-conceived parenting ideas. I now feel closer to my daughter, more aware and in tune with her needs. Great program."

"The entire program is very unique and should be given to every parent who is about to have a baby girl, before they pinkifiy their new bedroom. I am serious about this, it is essential knowledge for all parents."

"Sometimes you forget just what a privilege the parenting journey is - this program really made me think about how easy it is to fall into gender traps with girls, so learning how to challenge the typical assumptions' was the best thing I took from the course." 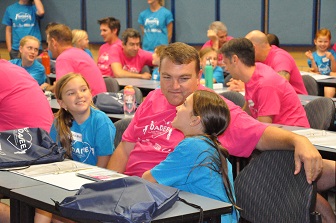 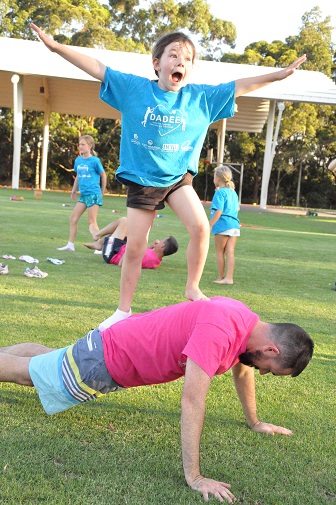